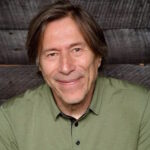 Tom Coston has been actively involved in the greater Los Angeles nonprofit community for the past 18 years. As president of Light Bringer Project he leads the organization and its board to fulfillment of its mission “to build communities through the power of the arts,” and to achieve long-term success for its innovative learning, prevention and career pathways programs. Tom has held leadership positions on the boards of many high-profile nonprofit organizations, including Villa Esperanza Services, Leadership Pasadena, Mothers Club Family Learning Center, Arroyo Seco Foundation, and Institute for Urban Research and Development and has served as board president of several of these. Tom is the producer of Pasadena’s famed Doo Dah Parade. He is a graduate of UCLA. 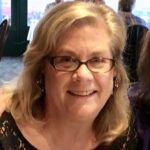 Patricia has daily oversight responsibility of Light Bringer Project, its programs and operational needs. A graduate with a Fine Arts degree from Art Center College of Design, she has professional experience in public relations and marketing. She is a past board member of Leadership Pasadena and is on the communication task force for Villa Esperanza Services which serves developmentally disabled individuals and their families. Patricia has been with the organization for the past ten years. 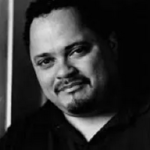 Jervey Tervalon, MFA, is the award-winning, Los Angeles Times bestselling author of five books including Understanding This, a novel based on his experiences teaching at Locke High School in Los Angeles, for which he won the Quality Paper Book Club’s New Voices Award. Jervey was born in New Orleans and raised in the Jefferson Park neighborhood of Los Angeles where he attended Foshay Junior High. He received his MFA in Creative Writing from UC Irvine and was a Disney Screenwriting fellow and a Shanghai Writers Association Fellow. He is the Founder of Literature for Life. He is also the Co-founder of LitFest Pasadena. Currently he teaches fiction writing and Literature at the College of Creative Studies at U.C. Santa Barbara. His latest novel is Monster’s Chef published by Amistad/HarperCollins. 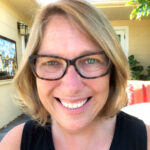 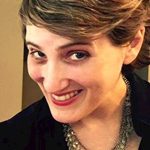 Rosalind Helfand has led literary programs for Light Bringer Project since 2014. She’s the former Managing Editor and Education Programs Director of Locavore Lit LA and former Director of LitFest Pasadena. In 2013, she co-founded The Tomorrow Prize for short sci-fi by Los Angeles high school students and The Roswell Award for short sci-fi by adults from around the world with Sci-Fest L.A. Rosalind has long led innovative projects and campaigns in Los Angeles to empower and transform communities. She’s held leadership roles in many of the region’s programs in social justice, human/women’s rights, environment, and the arts. These include the Women’s Leadership Conference, Human Rights Speakers Series, and Book Fair of West Hollywood. She’s curated and produced thousands of literary programs in partnership with LA’s diverse literary communities, with a focus on multidisciplinary collaborations. In 2020, Rosalind attended Cambridge University in the United Kingdom, where she completed a one-year Master’s in Conservation Leadership. Her goal is to ensure that eco-consciousness is at the core of every project and policy.