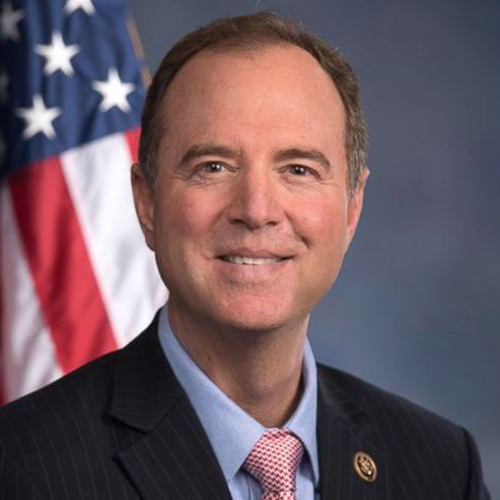 In Conversation with Larry Willson
Saturday, May 14, 7:00pm
Vroman's Upstairs

Congressman Adam Schiff represents California’s 28th Congressional District. In his 11th term in the House of Representatives, Schiff currently serves as the Chair of the House Permanent Select Committee on Intelligence, which oversees the nation’s intelligence agencies. Schiff is on a leave of absence from the House Appropriations Committee, where he remains an ex officio member. 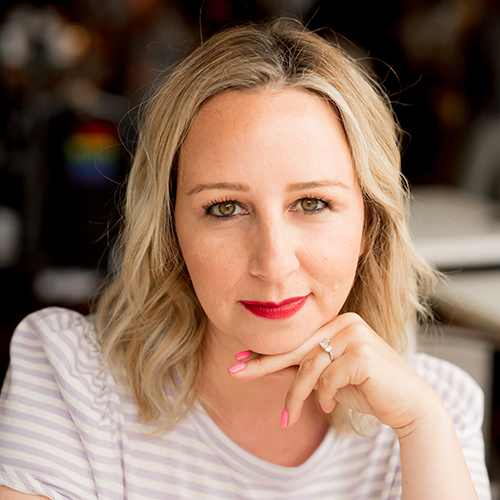 Alana Quintana Albertson has written thirty romance novels, rescued five-hundred death-row shelter dogs, and danced one thousand rumbas. She holds a Masters of Education from Harvard and a Bachelor of Arts in English from Stanford. She lives in sunny San Diego with her husband, two sons, and too many pets. Most days, she can be found writing her next heart book in a beachfront café while sipping an oat-milk Mexican mocha or gardening with her children in their backyard orchard and snacking on a juicy blood orange. 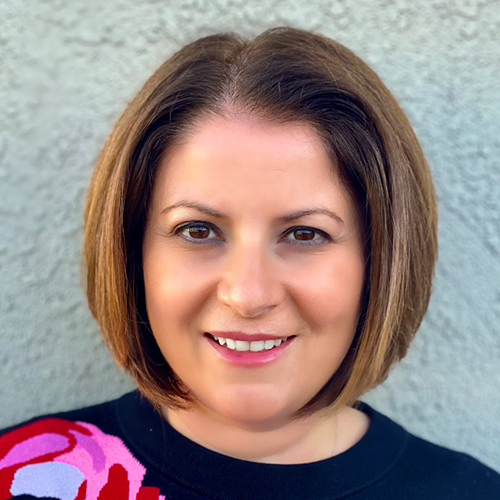 Alene Terzian-Zeitounian received an M.A. and an M.F.A. in Creative Writing with an emphasis in poetry. In 2019, she went back to school to complete an EdD in Leadership and Innovation from ASU. She currently teaches creative writing and serves as the English Department Chair at College of the Canyons. She is also the faculty advisor of COC’s award-winning literary magazine, cul-de-sac. In addition to her work in academia, Alene as works as the Director of Operations at Culturally Intelligent Training and Consulting. Her first book, Deep as City’s Ache, explores the Lebanese Civil Conflict both environmentally and psychologically. Her poems have appeared in the Colorado Review, Mizna, Cordite, Levitate, Media Cake, Duende, and Rise Up Review, to name a few. 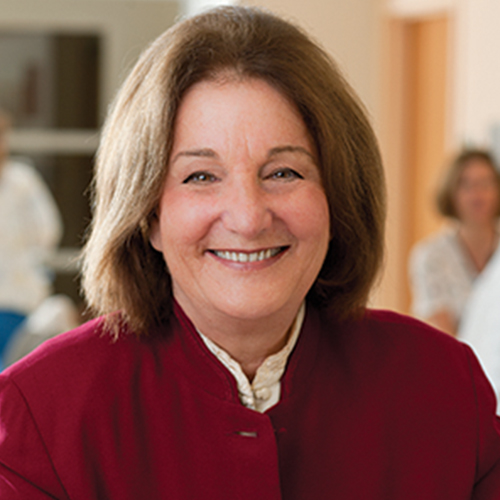 Alexandra M. Levine, MD, received her MD degree from University of Southern California. She is a Professor at the City of Hope National Medical Center, and was Chief Medical Officer from 2007-2017.  Dr. Levine is a nationally and internationally recognized authority on malignancies associated with HIV, as well as on HIV in women.  She worked with Jonas Salk on the development and testing of a therapeutic AIDS vaccine; was appointed to the Presidential HIV/AIDS Advisory Council by President Clinton in 1995; and has served as Consultant to the Health Departments of Chile, Russia, India, and China concerning HIV/AIDS.  Dr. Levine has published 325 scientific articles, 65 chapters, and has edited two books.

Alexandra Overy is the author of the These Feathered Flames duology, as well as the forthcoming middle grade fantasy, The Gingerbread Witch (2022). She was born in London, England. She lived there until she was 21, when she moved to Los Angeles to attend UCLA to study history. She went on to complete her MFA in screenwriting, also at UCLA. 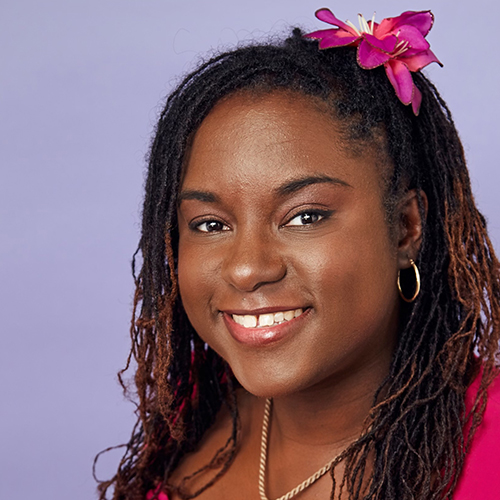 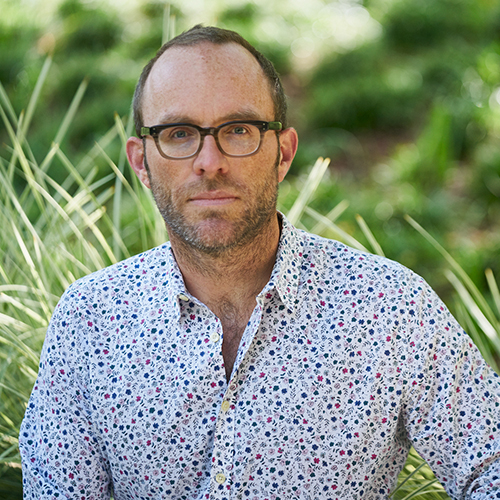 Antoine Wilson is the author of the novels Mouth to Mouth, Panorama City, and The Interloper. His writing has appeared in The Paris Review, Quarterly West, and Best New American Voices, among other publications. He is a contributing editor at A Public Space.

Antong Lucky debuts with a harrowing as well as hopeful account of how he turned his life around after founding the Dallas Bloods gang and surviving a stint in prison. While the redemption arc is immensely moving, it’s the unflinching way Lucky calls out systemic inequality—and the welcome corrective he offers to dehumanizing portrayals of those disproportionately affected by it—that cuts to the core. A Redemptive Path Forward: From Incarceration to a Life of Activism is scheduled for release May 17, 2022. 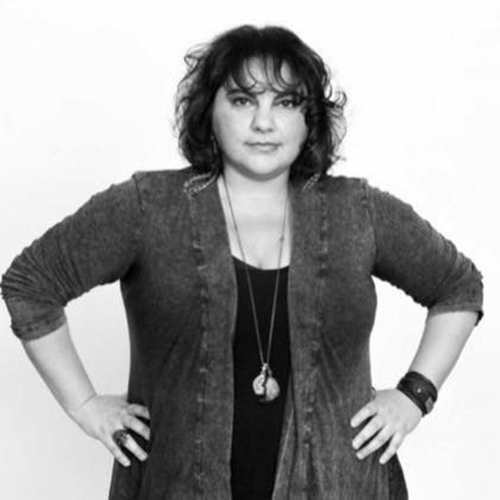 Born in Beirut, Lebanon, Armine Iknadossian’s family sought political asylum in California when she was four years old to escape the civil war. She earned her English degree with an emphasis in creative writing from UCLA and later completed her MFA in poetry at Antioch University. Iknadossian is the author of the chapbook United States of Love & Other Poems and the full-length collection All That Wasted Fruit. Her poetry has recently been included in Five South, Whale Road Review, Southern Florida Poetry Journal, MacQueen’s Quarterly, The American Journal of Poetry and Cultural Weekly. She has received fellowships from Project 1521, Idyllwild Arts, The Los Angeles Writing Project and Otis College of Art and Design. She serves on the Advisory Board of IALA (International Armenian Literary Alliance) and teaches in Los Angeles. 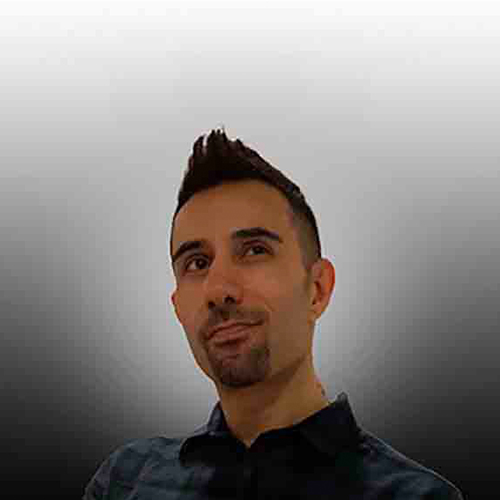 Arthur Kayzakian is the winner of the 2021 Black Lawrence Immigrant Writing Series award for his collection, The Book of Redacted Paintings, which was also selected as a finalist for the 2021 Philip Levine Prize for Poetry. He is also the winner of the Finishing Line Press Open Chapbook Competition for his chapbook, My Burning City. He has been a finalist for the Locked Horn Press Chapbook Prize, Two Sylvias Press Chapbook Prize, the C.D. Wright Prize, and the Black River Chapbook Competition. He is a contributing editor at Poetry International and a recipient of the Minas Savvas Fellowship. He serves as the Poetry Chair for the International Armenian Literary Alliance (IALA). 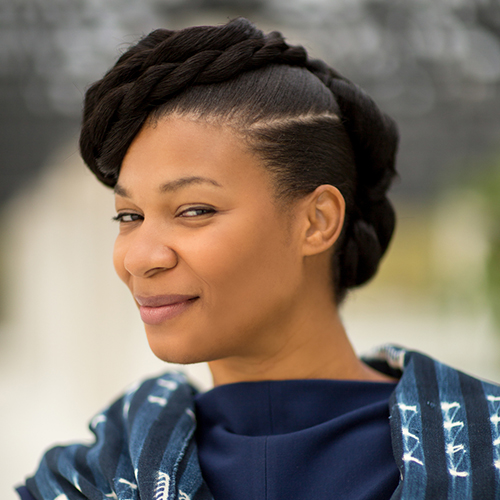 Ashaki M. Jackson is a social psychologist and poet. Her work has appeared in CURA: A Literary Magazine of Art and Action, 7×7 LA, Pluck! Journal of Affrilachian Arts and Culture, and Prairie Schooner among other journals and anthologies. She has authored two chapter-length collections — Language Lesson (Miel, 2016) and Surveillance (Writ Large Press, 2016). Jackson is also Publisher at The Offing online magazine. She earned her MFA (poetry) from Antioch University Los Angeles and her doctorate (social psychology) from Claremont Graduate University. She lives in Los Angeles. 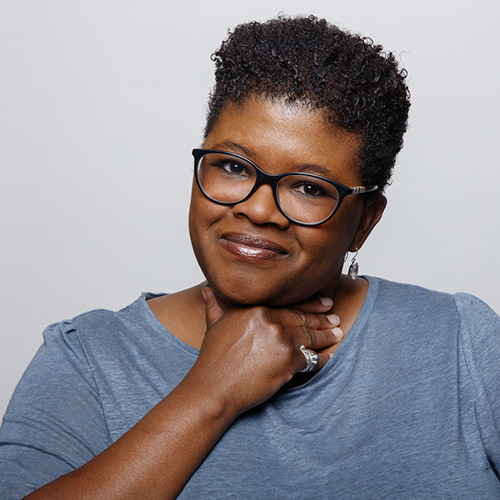 To Change the World: Can Writing Truly Transform
Wednesday, May 4, 7:45pm
Altadena Library

Attica Locke is a NY Times best-selling author of five novels. Heaven, My Home, sequel to the Edgar Award-winning Bluebird, Bluebird; Pleasantville, winner of the Harper Lee Prize for Legal Fiction and long-listed for the Bailey’s Prize for Women’s Fiction; The Cutting Season, winner of the Ernest Gaines Award for Literary Excellence; and her debut, Black Water Rising, which was nominated for an Edgar Award, an NAACP Image Award, as well as a Los Angeles Times Book Prize, and was short-listed for the Women’s Prize for Fiction. A former fellow at the Sundance Institute’s Feature Filmmaker’s Lab, Locke is also a screenwriter and producer, with credits that include Empire, When They See Us and the Emmy-nominated Little Fires Everywhere, for which she won an NAACP Image award for television writing. She most recently co-created and executive produced an adaptation of her sister Tembi Locke’s memoir From Scratch: A Memoir of Love, Sicily, and Finding Home for Netflix. A native of Houston, Texas, Attica lives in Los Angeles, California, with her husband and daughter. 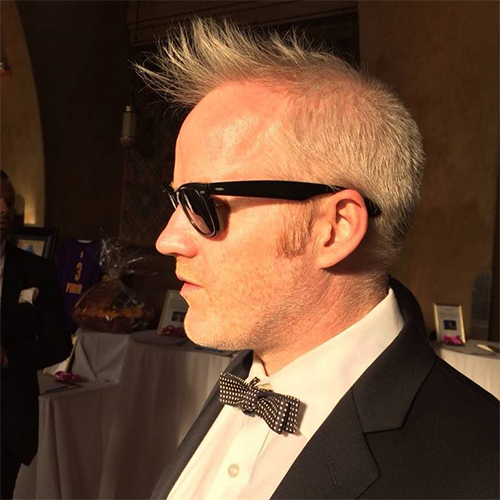 Bobby Johnston is a Los Angeles-based film composer, multi-instrumentalist, lyricist, and author. As a composer he has created original music scores for several celebrated directors, including Larry Clark, Laura Gabbert, Stuart Gordon, and Drake Doremus. His first book The Saint I Ain’t: Stories from Sycamore Street was published by Fomite Press in 2021. 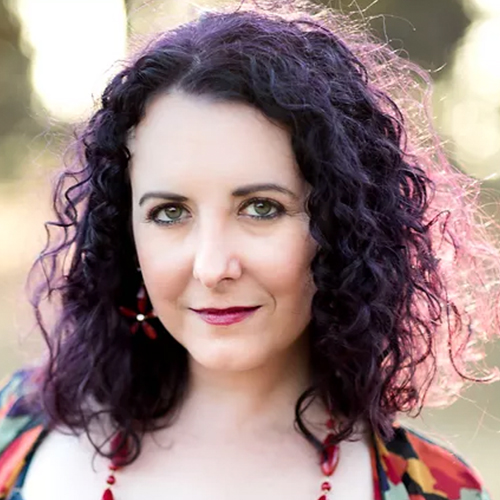 Brandie June spent most her childhood onstage or reading, as both activities let her live in fantastic stories. She moved to Los Angeles to study acting at UCLA, and eventually branched out into costume design, playwriting, prose writing, and even got her MBA in Entertainment Marketing. While she spent most of my free time writing, she will still take any excuse to play dress-up, especially if it involves wearing a crown. She happily promotes more stories as a marketing director for kids’ films and anime. When not writing or marketing, she can often be found doing aerial arts, playing board games, drinking too much espresso, and coming up with new art projects. She lives with her husband, two spoiled rescue pups, a spoiled cat, six fish tanks, and five bookshelves. Gold Spun is her debut novel. 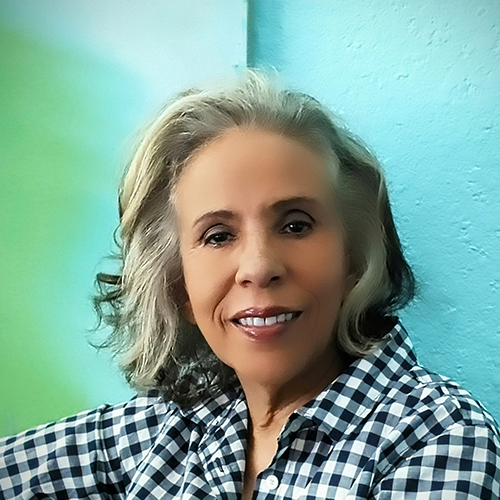 Brenda Woods was born in Ohio but grew up in Southern California. She is a graduate of California State University, Northridge. Her award-winning books include The Unsung Hero of Birdsong, USA, the Coretta Scott King Honor winner The Red Rose Box, The Blossoming Universe of Violet Diamond (a Kirkus Reviews Best Book), and the ALAN Pick Saint Louis Armstrong Beach. When Winter Robeson Came, her ninth published book, is a Junior Library Guild Selection.

Carla Sameth’s chapbook, What Is Left, was published December 7, 2021 with dancing girl press. Her debut memoir, One Day on the Gold Line, originally published in 2019, will be reissued by Golden Foothills Press in 2022. Her writing on blended/unblended, queer, multi-racial and single parent families appears in a variety of literary journals and anthologies including: The Rumpus, MUTHA Magazine, Brain/Child, Brevity blog, Entropy, Anti-Heroin Chic, Global Poemic and The Nervous Breakdown. Carla’s work has been twice named as Notable Essays of the Year in Best American Essays. Her story “”Graduation Day at Addiction High,”” which originally appeared in Narratively, was also selected for Longread’s “”Five Stories on Addiction.”” A Pasadena Rose Poet, a West Hollywood Pride Poet, and a former PEN Teaching Artist, Carla teaches creative writing to high school and university students and has taught incarcerated youth. She lives in Pasadena with her beloved partner, Milo.

When the Dark Side Calls: Dissecting Our Love of Horror
Saturday, April 30, 3:30pm
Mountain View Mausoleum

Carlos Allende is a media psychology scholar and a writer of fiction. He has written three novels: Cuadrillas y Contradanzas, a historical melodrama set during the War of Reform in Mexico; Love, or the Witches of Windward Circle, a horror farce set in Venice, California, and Coffee, Shopping, Murder, Love, a dark comedy about two gay guys for whom it didn’t get better—trying to get away with crime. He won the Quill Prose Award 2019 from Red Hen Press. He has a Ph.D. in media Psychology. The focus of his research is narrative persuasion and narrative persuasion. He developed the course The Psychology of Compelling Storytelling, which he currently teaches in the Writers’ Program at UCLA Extension. He lives in Santa Monica with his husband. 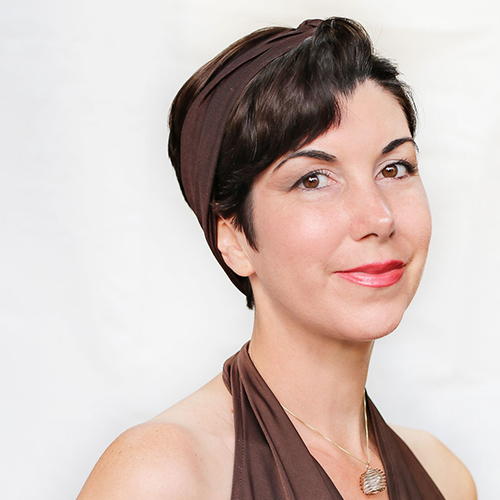 Carly Heath earned her BA from San Francisco State University and her MFA from Chapman University. Originally from the San Francisco Bay Area, Carly teaches design, art, theater, and writing for various colleges and universities. Her debut, The Reckless Kind (scheduled for release on Nov 9, from Soho Teen) has garnered enthusiastic reviews (including a starred review from BCCB) for its nuanced depiction of queer and disabled identities. 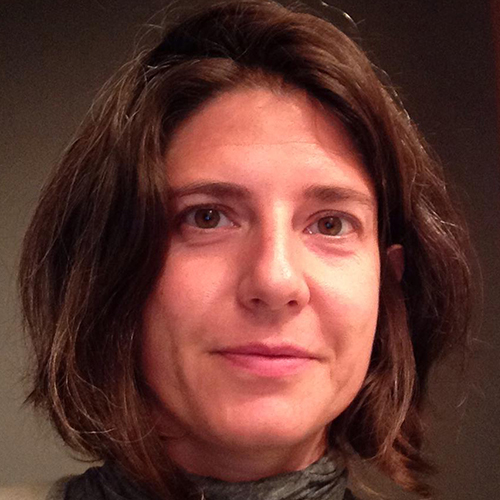 The Future of Publishing
Saturday, May 7, 1:00pm
Red Hen Press

Publisher and Editor in chief of DoppelHouse Press, Carrie Paterson, is a visual artist and writer whose published and exhibited works have appeared locally and internationally. Her art criticism, essays, and feature writing have been printed in Flash Art, Sculpture, Artillery, X-TRA, and Acta Astronautica, and she has contributed essays to a number of publications around her topics of interest: science fiction, cosmology, and human factors in astronautics. She received numerous grants and awards, lectured at universities in Southern California, space-related conferences, and was a guest speaker at the SETI Institute. Several of her experimental perfumes have been finalists at the Art and Olfaction Awards, and she holds a utility patent for a concentric glass multi-sphere. 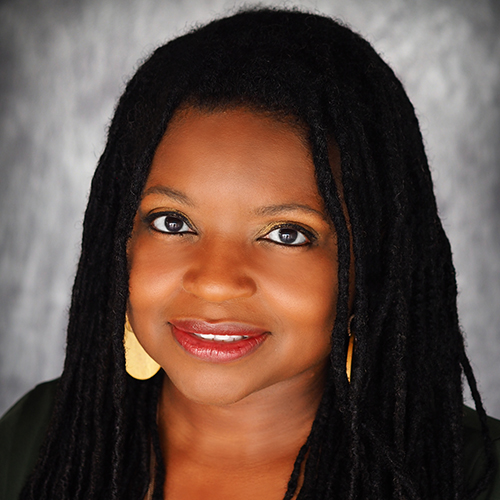 Telling on Yourself: The Challenges and Rewards of Writing Memoir
Saturday, May 14, 3:00pm
Pasadena Presbyterian Church

Cassandra Lane is a writer and editor based in Los Angeles. Lane received her MFA from Antioch University LA. Her stories have appeared in the New York Times‘s Conception series, the Times-Picayune, the Atlanta Journal Constitution, and elsewhere. She is editor in chief of L.A. Parent magazine and formerly served on the board of the AROHO Foundation. We Are Bridges: A Memoir was released in 2021.