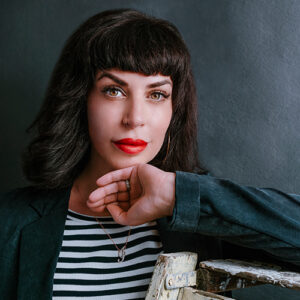 Jillian Lauren is a writer, storyteller, adoption advocate, rock-wife, and lousy kickboxer. She is the New York Times bestselling author of the memoirs Everything You Ever Wanted and Some Girls: My Life in a Harem, and the novel Pretty. Lauren was the only journalist to extensively interview Samuel Little, the most prolific serial killer in American history. Her true crime book Behold the Monster is scheduled for release in late 2022. Jillian has an MFA in Creative Writing from Antioch University. Her writing has appeared in New York Magazine, The New York Times, Vanity Fair, The Paris Review, The Los Angeles Times, Los Angeles Magazine, Elle, Flaunt Magazine, The Daily Beast, Salon, and many others. Her work has been widely anthologized, including in The Moth Anthology, and True Tales of Lust and Love.