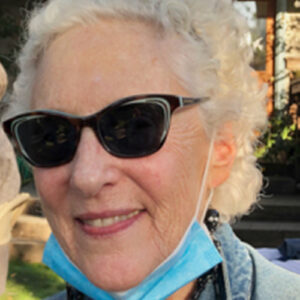 Author of Museum of Rearranged Objects as well as of five chapbooks, including Casbah, Ghazal for a Chambermaid, and Sharing Tabouli, Judith Terzi’s poetry has appeared in many print and online journals and anthologies. Her poems have garnered prizes and have received Pushcart and Best of the Net nominations. One of her poems, ‘Ode to Malala Yousafzai,’ was included on a ‘Heroines’ episode of BBC/Radio 3’s ‘Words and Music.’ She taught French for many years at Polytechnic School in Pasadena as well as English at California State University, Los Angeles, and in Algiers, Algeria. Now, Somehow, a new chapbook of poems on confronting a pandemic, cancer, and other health-related concerns, will be published in 2022. Visit her website at sharingtabouli.com.