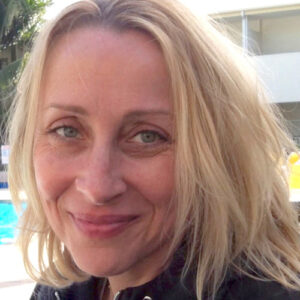 Mary Kuryla’s collection Freak Weather: stories was selected by Amy Hempel for the AWP Grace Paley Prize in Short Fiction. Her stories have appeared in The Paris Review, Conjunctions, The Kenyon Review, Agni, Epoch, and elsewhere. They have received The Pushcart Prize and the Glimmer Train Very Short Fiction Prize. Her debut novel Away to Stay came out in February with Regal House Publishing. Her award-winning shorts and feature films have premiered at Sundance and Toronto. She has written screen adaptations for independents and studios. Kuryla is a screenwriting and film studies professor in the School of Film and TV at Loyola Marymount University.