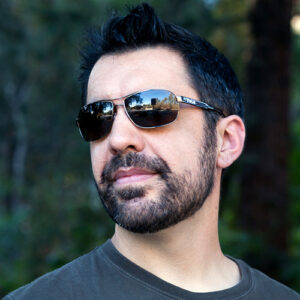 Michael Paul Gonzalez is the author of the novels Beneath the Salton Sea, Angel Falls, and Miss Massacre’s Guide to Murder and Vengeance and creator of the serial horror audio drama podcast Larkspur Underground. An Active Member of the Horror Writers Association, his short stories have appeared in print and online, including the Flame Tree Press Anthologies Endless Apocalypse and Gothic Fantasy: Chilling Horror Stories. He has also appeared in Tales from the Crust: A Pizza Horror Anthology, Where Nightmares Come From, Lost Signals, HeavyMetal.com, and Fantastic Tales of Terror. He resides in Los Angeles, a place full of wonders and monsters far stranger than any that live in the imagination.