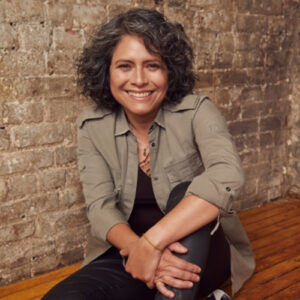 Silvia Vasquez-Lavado is a humanitarian, adventurous mountaineer, explorer, social entrepreneur, and author. In The Shadow of The Mountain, Silvia’s critically acclaimed memoir was released February 2022. In 2016, Silvia became the first Peruvian woman to reach the summit of Mount Everest. By 2018, she completed climbing 7 Summits (the tallest mountain in each continent), becoming the first openly gay woman to do so. Silvia founded Courageous Girls, an organization to help survivors of sexual abuse and trafficking with opportunities to find their strength courage and cultivate their voice. Silvia is a fierce advocate for LGTBQ+ equality and women’s rights. Silvia’s achievements led her to be recognized as an Ambassador in Peru and a symbol of women empowerment worldwide. Silvia is a member of the prestigious Explorers Club, a sought-out public speaker, and a passionate mentor. Silvia’s journey will be turned into a feature film featuring Selena Gomez as Silvia.